Print
A traditional dish originating in Eastern Europe that has the appearance of a small pie and is most often served as a side dish, but also as a main dish. Pasta dough made from durum wheat flour is generally used to form a round shape for a top and bottom crust. The Pierogi is then filled in the center with potatoes, rice, cheese, vegetables (such as cabbage, onions, sauerkraut, or mushrooms), and spices. It is crimped around the outside edge to seal and enclose the ingredients before being baked and served, cut into wedge-shaped pieces for individual servings.

Other variations prepare the dough as small crescent-shaped pockets or dumplings filled with the various ingredients used for making the larger pie version. The dumplings are then boiled in water and possibly sautéed in butter. In addition to being served as a side or main dish, the Pierogi may also be served as a dessert, filled with fruit or sweet cheese, and then baked, boiled or deep fried. Pierogies are also known as ravioli to Italians, pirogen to Jewish families, pierogis to Polish families, and pelmeny, arenike or pirozhki to Russians. In Russia, a Pierogi is baked instead of boiled in water. 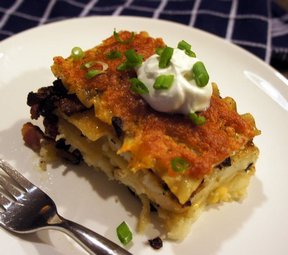