Print
A process of cooking pie crusts and pastry shells before adding the fillings, sometimes referred to as "baking empty" or "cooking empty." Some pie fillings, quiche ingredients, or other similar added foods may not take as much time to cook as the crust or as the pie or a tart, so the crust is baked before the filling is added to give the crust an even consistency and a golden brown appearance. Some fillings can make the crust soggy if they are added to a raw crust, or some ingredients may curdle if baked with the crust, and there are many fillings that do not require any cooking. Precooking a crust can also help in controlling any shrinking that may occur during the baking process.

Prior to blind baking the shell, pie weights should be placed around the bottom of the formed shell to keep it from puffing up, curling or the sides from crumbling inward. The shell should then be covered with foil or parchment paper to keep the weights from baking into the dough. The pie weights can consist of commercially produced strings of linked steel beads or household supplies of dry beans, rice, or pennies that are commonly used for the same purpose as manufactured pie weights. The weights and foil or paper are removed approximately 5 minutes before the baking time is finished to allow for the bottom and the crust to fully finish baking. 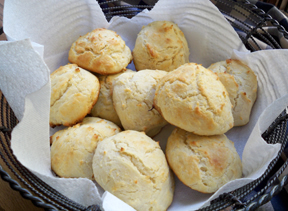 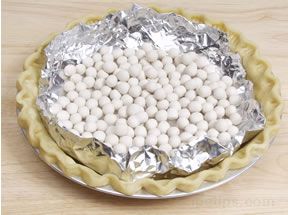 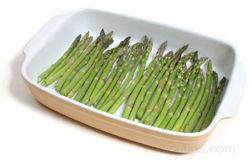 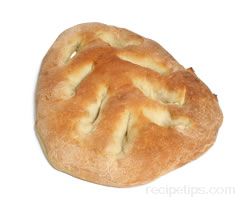 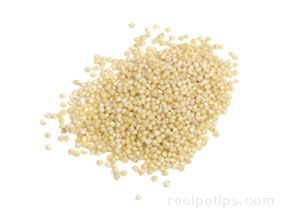