Print
The small roe (eggs) harvested from flying fish. Orange in color which is the natural color of this caviar, Tobiko is slightly sweet in flavor with a mild salty overtone. It has become popular caviar to season with a variety of different flavors, also adding different colorings to identify intensities and types of various flavors. As an example, the yellow colored Tobiko typically has a ginger flavor; the orange and black have a somewhat salty flavor (the black being colored with squid ink); the light green version is flavored with Wasabi for a mildly spicy flavor while a darker green denotes a more intense jalapeno flavor; and the red is often flavored with chili pepper seasoning to add a spiciness in flavor.

Versatile in use, Tobiko Caviar has a texture that semi-hard which does not soften and change when added to sauces, dressings or other liquid-based ingredients. The color and texture are quite stable and retained to add to not only an enhancing appearance to various foods but also a crunchy consistency. Tobiko goes well as a topping for cheese and crackers, as a garnish for sushi, crab cakes, cheese, and other appetizer selections. Since it is small and hardy, it can be frozen and refrozen to preserve it for future use. 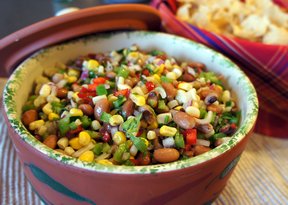