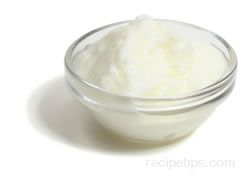 Print
A dairy product that may be produced from the milk of a variety of different animals, such as cows, goats, sheep, buffalo, camels, and other animals capable of providing milk. Made from whole, low-fat, or nonfat milk that is fermented with bacterial cultures, the bacteria in Yogurt allows the milk to congeal, giving it a thick, creamy texture. The flavor is slightly acidic and it is often blended with natural fruit flavors or pieces of fruit to enhance the flavor. Yogurt is high in protein and calcium along with many B vitamins, but not all Yogurts are equally healthy nor contain the same levels of nutrients. The Yogurts containing live active cultures are considered the most beneficial for health purposes, with medical experts supporting theories that this type of Yogurt assists with digestion, boosts immunities, helps fight infections, and aids in fighting cancer. Also available in a frozen form, Yogurt can be served just like ice cream, but is considered a much healthier alternative to ice cream.

Some of the common terms used to describe Yogurt include traditional Yogurt, live Yogurt, stirred Yogurt, set Yogurt, and Greek Yogurt. Traditional Yogurt is made with the common lactobacillus bulgaricus and streptococcus thermophilus cultures, providing a slightly tangy taste to a gelatin-like substance. Live Yogurt is a product that has living cultures and has not undergone a heat treatment to eliminate the bacterial culture within the Yogurt. Stirred Yogurt is a product that is fermented prior to packaging. The milk is placed in holding tanks with cultures added. It is heated and stirred for several hours while it begins fermentation. The stirred Yogurt is then cooled and filtered, resulting in a smoother, more liquid form of Yogurt. Set Yogurt is a firmer form of Yogurt that has had cultures added to the milk as it is packaged, prior to fermentation so it begins to "set up" and thicken while the Yogurt is in the the package. Greek Yogurt is a form that is made with cream and milk, after the whey has been removed and culture has been added. This results in a thicker textured Yogurt. Other terms often used for labeling Yogurt products include whipped Yogurt, low-carb Yogurt, liquid Yogurt or Yogurt drinks, and tube Yogurt. It is best to compare labels when buying Yogurt to attempt to determine how healthy the contents actually are for consumption. Many whipped Yogurts or Yogurt custards achieve a light, airy or smooth texture by adding increased amounts of air and using less Yogurt in the process, resulting in less protein and other nutrients per serving. Low-carbohydrate Yogurts may not actually be Yogurt but instead contain higher levels of water and lower amounts of milk and nutrient content, which is typical of Yogurts labeled as cultured diary products or cultured dairy snacks. Beverage Yogurts are thinner in consistency which is achieved by reducing the amount of Yogurt by mixing in water, milk and possibly fruit juices to create the Yogurt drink. Again, nutrients may be sacrificed in order to create a desired texture or product objective. Tubes of Yogurt, which provide convenience when offering snacks for children do offer some nutrition value, but again, it is wise to check the label to determine if the ingredients meet the needs desired. 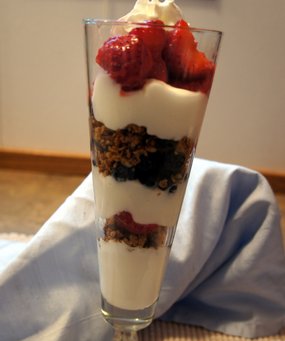 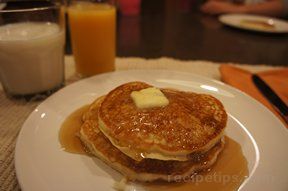