Print
A name given to a wide variety of fresh sausages produced with seasonings and ingredients that duplicate or are similar to or are actually the same as the Italian methods used for making their sausages. The difference between Italian sausages depends on the region of Italy where they are produced, since there are so many different versions and flavors that are often created, especially by some of the regional country producers. Typically, the sausages produced in northern Italy are seasoned with garlic and fennel providing a mild and slightly sweet flavor. Hotter versions, seasoned with red pepper flakes, are native to the southern regions of Italy.

Today, many of the sausages being produced commercially may be labeled as "Italian" which is a reference to the ingredients or the procedure for making the product, despite being made in locations other than Italy. Some of common Italian sausages may include Bresaola, Luganega, Cotechino, Coppa, Zampone, and Mortadella. The fresh sausages are most often made with coarsely ground pork mixed with fat, stuffed into a linked casing and sold individually or in links. Meats other than pork are also used, such as beef, poultry, venison, and wild boar. The greater majority of sausages however, are produced as ready to eat sausages that have been cured. The Italian salame are well known and broadly imitated, but often produced as a somewhat mildly flavored version of salami. Common salame from Italy include Cacciatoro, salame di Felino, Salame Fiorentino, Salame Milano, Salame Milanese, Salame Napolentano, Salame Sardo, and Salame Ungherese.

Italian sausage is a favorite for use in soups, stews, risotto, and pasta dishes. Other uses include cutting it into slices to be eaten as a snack food, as a luncheon meat, or ground and used in many different food dishes and stuffings.

sausage soup italian or any kind of sausage 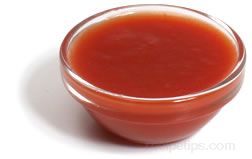 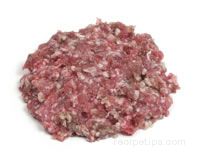