Print
A type of crustacean referred to as a shellfish, with a wide flattened body and large claws. There are a few common varieties of crab, all known for their delicious white meat, which include: Blue, Soft Shell, Dungeness, Stone, and King, with King being the largest. Crabs are sold live, fresh whole, fresh parts such as claws, or fresh meat removed from the shell, flaked pieces, frozen pieces, or pasteurized and canned pieces.

Ready to eat pieces of Crab are most commonly found in cans and will be labeled either as pasteurized meat or simply as crab meat without the pasteurized designation. The cans of meat without the pasteurized designation will not be as flavorful as the pasteurized meat and are generally found on the food shelves with canned tuna. Pasteurized Crab meat will most often be somewhere near the fresh fish and crab counters. The typical categories for the Crab meat will be lump, backfin or claw meat, but combinations of several may also be available. The lump and backfin meat are large pieces taken from the body chamber while the claw meat is removed from the front arms or claws of the Crab. The meat from the body will have a more succulent flavor while the meat from the claws is darker colored and stronger flavored. To achieve the best flavor for crab recipes, it is suggested that pasteurized meat be used, but it is often wise to taste various canned varieties to determine which is most flavorful for the needs of the foods being prepared. 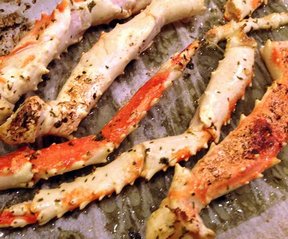 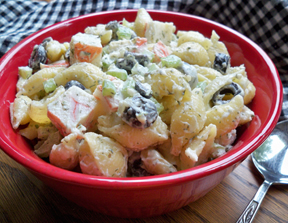 rice and crab salad fast and easy!
Follow Us!