Print
This fruit is a cousin to the more well known regular kiwi. It is much smaller in size, similar to a large grape or olive, but when cut open it looks like a regular kiwi. It has a smooth green skin that occasionally has a reddish blushing to it. Different from the brown hair skin of a regular kiwi, the skin of the baby kiwi is edible. The flavor of the baby kiwi is also much sweeter than that of the regular kiwi, making it a great treat to each out of the hand. It is also used in salads, served as an hors d'oeuvre, used in pies, made into jelly and jams, and added to savory dishes. It holds its flavor well through cooking. Baby Kiwi has a limited season for availablity, which is February through March in New Zealand and fruit grown in Oregon is harvested in the fall, September through October. Baby Kiwi is also found referred to as mini kiwi, hardy kiwi, and cocktail kiwi.

Baby Kiwi are often thought of as berries so they are generally found in the berry section of the produce department. Look for firm fruit without blemishes. The skin may contain a few black specks. The baby kiwi have a short shelf-life of approximately 7 to 14 days so it is best to eat them shortly after purchasing. If refrigerated immediately afte purchasing, they should remain fresh for at least 3 days. Be sure to store them free of moisture to prevent early decay. 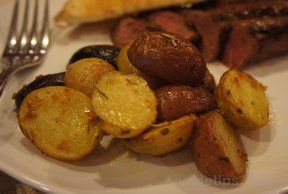