Print
A snack that is produced by oven baking slices of pepperoni. Typically, a stick of Pepperoni that may be from 1 to 2 inches in diameter is used for making Pepperoni Crisps. However, smaller diameter Pepperoni slices will have a tendency to curl upward into a bowl shape while the larger diameter will remain flatter. Pepperoni that is prepackaged as small round slices can be used and may be sliced thinner than a person would slice pieces by hand from a whole Pepperoni stick. Thus, the texture and shape after cooking may be somewhat different if sliced into thicker pieces.

To prepare in a microwave oven, use a microwave-safe dish or plate. Place a double layer of paper towels on the bottom of the dish or plate. Arrange the Pepperoni evenly around the dish or plate and then cover with a single layer of paper toweling. The paper absorbs the oil as it is cooked away in the microwave. Some widths of slices and types of Pepperoni require longer cooking times so when cooked on a high heat setting, the required time may range from 1 minute to 4 minutes to achieve the desired crispness. Also, some types of Pepperoni contain more fat than other varieties, so the fat will affect the length of cooking time and resulting texture as well. When finished cooking, the Pepperoni Crisp should have a breakable texture if a very crisp consistency is desired or a crisp to semi-firm texture if a less than totally crisp texture is perferred. Pepperoni that is baked to a semi-firm texture will be somewhat chewy but still edible. Use caution when cooking to make sure the meat does not overcook and burn in the microwave, cause excessive smoke and aroma. Pepperoni Crisps make an enjoyable crispy snack and can be served with dips similar to guacamole. 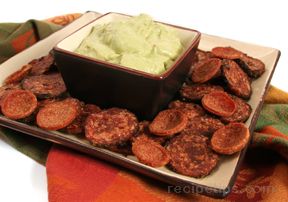 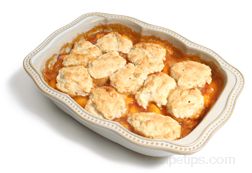