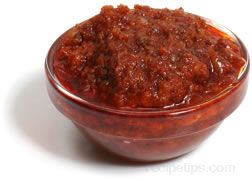 Print
Typically, a type of paste that may be semi-firm in texture or very fluid and easy to pour. Made from fresh meat of various species of fish or shellfish, this paste is produced after the meat has been salted, dried and often fermented, providing a salty overtone and a distinct aroma. Fish Pastes such as Anchovy Paste is a common type of fish-based paste made from fermented anchovies that is used as an appetizer spread of as a flavoring for soups, sauces and salad dressings. Anchovy Paste has a semi-firm texture that can be easily shaped, similar to a paté.

Shellfish Paste is most often fluid in consistency with bits of the shellfish, such as crab or shrimp readily visable, adding texture and substance to the paste. Made from fresh shellfish that have been ground with salt and fermented, Shellfish Pastes are common ingredients in Asian cooking where the Paste is used to enhance the flavors of other foods. Shellfish Paste will be prepared to season soups, stews, curries, and rice dishes as well as serving as a marinade for various foods. Whenever Fish or Shellfish Pastes are used, they are added sparingly with other ingredients since the flavor and aroma may have an overpowering effect on the other food ingredients being prepared. 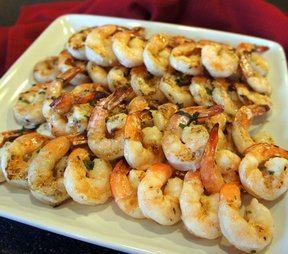 grilling shrimp and other shellfish 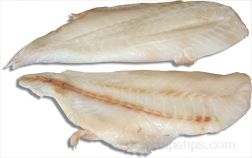