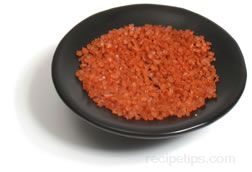 Print
Different in color from other more common white or grey sea salts, the Hawaiian Sea Salts are harvested from local minerals or lava deposits. Red Alaea, traditionally favored for its medicinal properties that are legendary in Hawaii, is a natural red clay that is combined with the sea salt to provide a pink-tinted salt with added minerals. Referred to as alaea, alae sea salt, red clay salt, or Red Alaea Hawaiian sea salt, this sea salt provides a slight iron-like flavor from the iron oxide added by the clay as well as mild nutty overtone.

Another type of sea salt from Hawaii, known as the black sea salt or Black Lava sea salt is colored by the lava deposits common in the area, making it black and somewhat glossy in appearance. With the addition of purified black lava for minerals and activated charcoal for color resulting in a slight sulfuric aroma, Lava sea salts provide an earthy flavor when used as a finishing salt. Since sea salts considered best as roasting salts will dissolve readily and typically loose their flavor after lengthy cooking, many are often used as finishing salts. However, Hawaiian sea salts are often used as both roasting and finishing salts for fish as well as poultry. It is common to apply a coating of salt on fish being steamed, preserving the flavor and moisture as it bakes. Then, a Black Lava sea salt adds a finishing touch to season and enhance the appearance of the presentation. 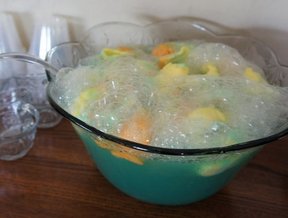