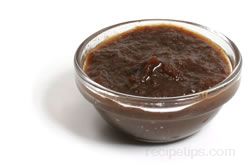 Provided By
RecipeTips
Reviewed By Zara
"You have provided very useful facts in this post which will help people to ... read full review"
Share this!

Print
Any of a variety of alternate ingredients that can be used instead of oil or butter in the preparation of foods. Substitute products exist with reduced fat and no fat and in different forms such as spreadable and liquid oils. Examples of Butter Substitutes include Fruit oils, nut oils, vegetable oils, and oils from grains.

Fruit oils such as olive oil can be used as a substitute for butter in many instances. Instead of spreading butter on breads, olive oils can be served as dipping oils to add flavors to the bread. Olive oil is considered to be a healthy substitute because it contains a high concentration of monounsaturated fat identified by medical researchers as a fat which helps to reduce levels of LDL, or bad cholesterol in the human body. Fruit purees are readily avialable as a butter and oil subsitute for baking. A common product readily available in stores is a fruit-based puree made from dried plums and apples with additives which serves as a baking ingredient to replace butter in baked goods. The approximate nutritional components in a fruit puree for a 1 tablespoon (14g) serving which equals 35 calories are: Total Fat 0g; Sodium 0mg; Total Carbs 9g/3% (sugar 5 g); and Protein 0g.

Oil that is extracted from the seeds or nuts of vegetable plants, such as corn, flax seeds, soybeans, peanuts, safflower seeds, sunflower seeds, and rape seeds (used for canola oil), are often processed into a spreadable form of margarine or a substitute that can be used as a replacement for butter. Flaxseeds are often ground into a smooth consistency and used as a butter substitute or spread. Rich in the antioxidant lignan, Flaxseed has been associated with the prevention of some forms of cancer, Colitis, and Crohn's disease.

Vegetable oil spreads are very mild in flavor and can be heated to high temperatures. This type of spread has been created as a substitute for butters that contain more calories, saturated or unsaturated fats, and higher cholesterol levels. The package label on vegetable oil spreads states the percentage of vegetable oil in the product, as required by U.S. standards, which are required to be less than 80% oil. All vegetable oil spreads can be used as food toppings or flavorings on toast, bread, muffins, crackers, and other food products. However, when used for baking, the spreads that contain less than 50% oil should be applied to foods that already contain a significant amount of moisture, such as some pasta and cheese dishes. Less than 50% will not work well for baking and frying of foods. Spreads that contain 50% to 60% oil can be used for cooking a wider variety of foods and for sautéing. When the oil content exceeds 60%, the spread can be used for almost all recipes except those that require exact amounts of fat or for recipes requiring that certain moisture levels are achieved. The approximate nutritional components in a vegetable oil spread for a 1 tablespoon (14g) serving which equals 45 calories is approximately: Total Fat 5g/8% (1g Saturated Fat; 0g Trans Fat; 2.5g Polyunsaturated Fat; 1.5g Monounsaturated Fat); Cholesterol 5mg/1%; Sodium 85mg/4%; Total Carbs 0g; and Protein 0g. 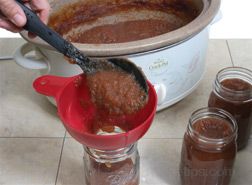 how to make apple butter 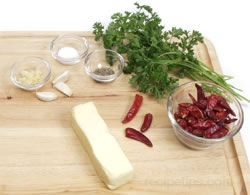