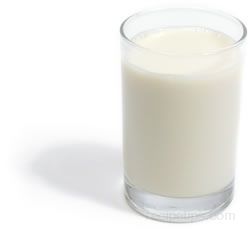 Print
A non-dairy milk substitution, made from dried soybeans that have been soaked, ground and cooked before being processed into a milky liquid. Soy Milk is often thickened to appear more like common milk and flavored with honey, vanilla or carob to alter a mildly bitter taste that would be noticeable without the flavoring. The Soy Milk sold in Asian food stores will have a stronger flavor than milk sold in general food stores, due to cultural preferances. Flavors available include vanilla, chocolate, chai, and latte.

Cholesterol free and low in sodium, fat and calcium, Soy milk is high in protein and rich in iron. Since brands may vary on the amount of nutrients added to their product is is best to check the label for ingredient. This milk is available in a liquid or powder form and as a low fat or whole milk beverage, resulting in different consistencies to the product. Low fat will be lighter textured, similar to skim or low fat varieties of milk.

When used for recipes, Soy Milk can be substituted for cow's milk in many recipes, working well for baked desserts, dips, sauces, some soups, and stews. However, since it contains very little saturated fat, it will not set up as well as a dairy milk and therfore, does not work well for some sweet fillings for pies, pastries, baked goods, puddings, and yogurt. Caution is suggested when combining Soy Milk with acidic foods since it has a tendency to curdle, unlike cow's milk, which does not curdle with acidic foods. It also will typically not work well for savory foods such as lasagna. It is always best to test the brand of Soy Milk to be used for a recipe since not all brands work as well as others. 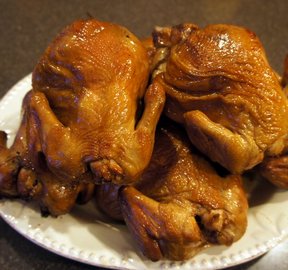