back to Albacore Tuna 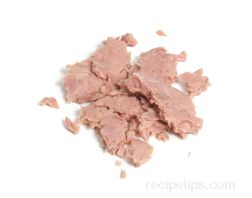 A saltwater fish found in temperate and tropical waters worldwide that is sleek in appearance and often silver, blue and black in color. Some species of Tuna will grow to weights over 1,000 pounds, but fresh Tuna sold at fish markets or in retail stores will generally not weigh more than 150 pounds. The various types of Tuna that are available include: Bluefin, Yellowfin, Bigeye, Blackfin, Albacore, Atlantic or Pacific Bonito, Skipjack, or Little Tunny which is also known as false albacore, oceanic bonito, and spotted bonito. Tuna is sold fresh, defrosted and frozen in both fillets and steaks. Canned tuna is commercially available, packed in water or oil to be used as ingredients for sandwiches, salads, and casseroles. When canned, the Skipjack and Yellowfin are processed into light tuna. The Albacore is generally the fish species that is canned as white tuna.

Fresh Tuna has a low to moderate fat content and when cooked provides a very tender and mild flavored meat. Tuna with more fat will generally be the most flavorful. Tuna is often served fresh for use in making raw tuna sushi or sashimi. When cooked the fresh Tuna is baked, broiled, grilled, steamed, or poached. To check cooked fish for doneness, use the tip of a sharp knife and cut through the thickest part of the fillet or steak. If the fish has been properly cooked, the meat will appear opaque and moist. If the fish is to be eaten raw or cooked, the most often sought species are the Bigeye, Blackfin, Bluefin, Yellowfin, and Bonito. 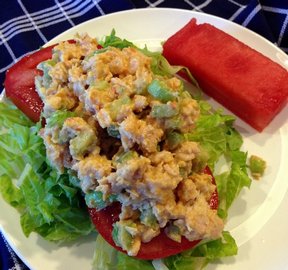 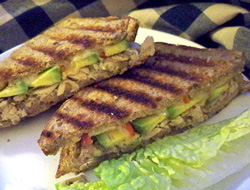 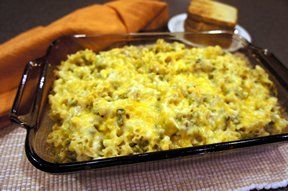 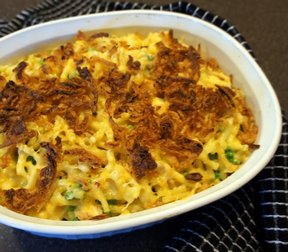