A flat-bottomed pan, most often round in shape, with shallow, flared sides that may be slightly curved. Skillets are made of various materials, such as copper, cast-iron and aluminum, some of which have a non-stick coating applied for ease of cleanup. This type of pan is commonly used for pan-searing, pan-roasting and frying foods over moderate to high heat so the pan should be thick enough to conduct heat evenly while being light enough to maneuver easily. Cast-iron skillets may be too heavy for some pan uses, such as sautéing, but are excellent for making fonds or browning foods with a crispy textured crust.

Skillets without the non-stick surface coating are commonly used to make a "fond" which is the French term used to describe the crusty residue or particles of food remaining after meat and/or vegetables have been browned or cooked. Fonds, like stocks, are used in preparing sauces and bases that will be added to other foods being made in order to enhance the taste with a deeper and richer flavor. Skillets are available in several sizes, but the most commonly used is the 12" diameter. A skillet may also be referred to as a frying pan or an omelet pan. 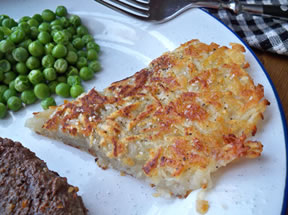 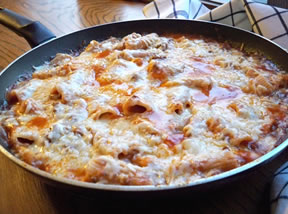 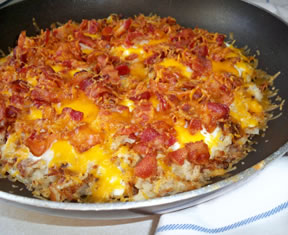 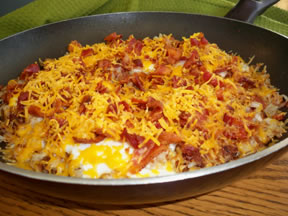