Print
A type of bakeware that is used to make the traditional French food known as a Gratiné or Gratin, which is prepared with a brown crispy crust over the surface of the food. The cookware commonly used for this purpose is a Gratiné Pan or Dish, which traditionally is a shallow sided container, oval in shape with a 1 to 2 inch deep sidewall. Although the oval shape is the most common, a Gratiné may also be made in a round Gratiné Pan as well as a rectangular pan. A paella pan that has a shallow depth is a good example of a round pan often used to make Gratinés, while rectangular pans, sometimes with deeper sides, are also common for use in making Gratinés. Deeper sided pans work well for gratin dishes that cook for longer periods of time and may contain more moist ingredients, such as some fish Gratinés or bean Gratinés referred to as cassoulet au gratins.

Often made as a casserole, a potato dish or a vegetable dish, a Gratiné is browned under a broiler oven, a hot oven or a cooking torch to produce the golden tan crust that represents the key element of this food. Ingredients that are added to assist with the browning may include butter, cheese, and/or breadcrumbs made into a sauce that is either spread over the top or if dry, sprinkled over the top for browning. Made from aluminum, stainless steel, cast iron, copper, enameled iron, stoneware, porcelain, or glass, the Gratiné Pan allows the food to cook evenly and at the same speed as the crust while it browns. For situations where a crust may crack prior to fully cooking, inject or squirt several tablespoons of water on the walls of the hot broiler in order to create steam to keep the crust moist. A Gratiné may also be referred to as au gratin or simply a gratin. 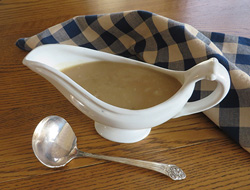 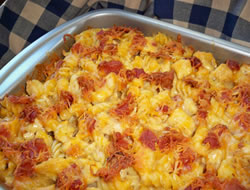 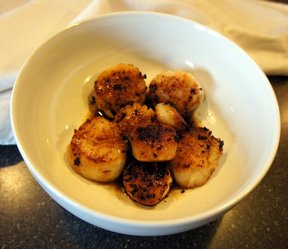 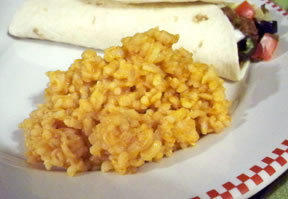 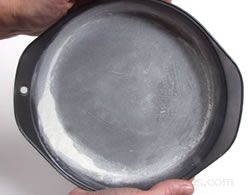 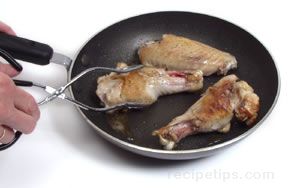