Print
(Scientific Name: Lycoperdom pyriforme) Unlike its larger relative known as the Giant Puffball, this species is small in size with a round, button-like appearance that looks somewhat like a pear. The Small Puffball is one of several small species that is edible. On the outside, the skin of this mushroom is rough textured while the inside is dense and even in consistency. As they age the color changes from white, to dark tan or cinnamon in color. Since there are poisonous varieties of mushrooms known as "Amanitas" or "Amanitaceae" that during their button stage growth look like the Small or Baby Puffball, it is always important to cut open the mushroom to check for signs that it is not a Puffball. Signs such as the development of a cap and gills that are common on other varieties should create concern. Thus, if there is any indication or question as to whether the Puffball is actually a true Small Puffball, discard it so it is not mistaken for a deadly poisonous variety. The Small Puffball contains no gills, but on the outside closely resembles the Amanita.

Small Puffballs should have a bright white flesh that does not contain any yellowing or discoloration. The outer skin should be peeled before consuming, since it is typically very tough textured. Similar to other puffball mushrooms in flavor, the Small Puffball provides a slightly nutty taste that can be enhanced with a variety of seasonings such as herbs, onions or garlic when sautéed in cooking or olive oil. This mushroom can be prepared in the same manner and for the same uses as Giant Puffball mushrooms. 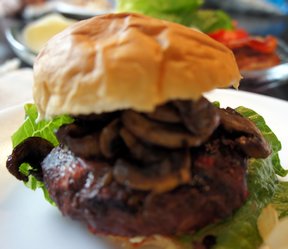