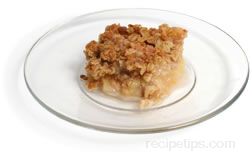 2. The process of adding crispness to vegetables, crackers or breads. By soaking vegetables in water containing ice or heating crackers and bread in ovens, various amounts of crispness can be provided to the food item being treated.

3. A sweet dessert made with baked fruit and commonly referred to as a "fruit crisp" or as a crisp described by the name of the fruit in the dessert, such as apple crisp, a three fruit crisp, or something similar. A typical crisp combines a variety of ingredients, which include brown sugar, oatmeal and nuts that are mixed with the butter, flour and cinnamon to create a granular topping that is spread over the baked fruit. Although it can be served cold, it is most often served as a warm dessert. 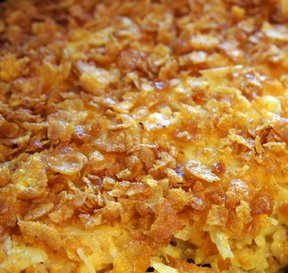 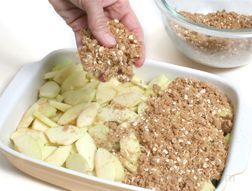