Print
Another name for a sandwich prepared with a sausage referred to as a frankfurter that is placed within a long split roll. The frankfurter, which is also known as a wiener, is traditionally a sausage made from beef, pork, turkey, chicken, or combinations of several of the meats that are encased in a thin membrane casing. There are four common types of hot dogs the first of which may be all beef that are sausages made with beef only with no fillers added to the meat. Domestic frankfurters are produced with fillers, such as soybean or dry milk fillers that cannot exceed 3.5% of the total weight of a meat product made from beef, pork or turkey as the main meat ingredient. Meat hot dogs are made as a sausage containing 40% of one type of meat and 60% of another meat. Kosher frankfurters are garlic seasoned sausages made from beef that has been processed using specific guidelines. As required by Jewish law, the guidelines are established for the slaughtering and cooking of the beef under the supervision of special rabbis.

To prepare, the frankfurter can be cooked with various methods including frying, grilling, broiling, and steaming. When wrapped in a split bun, the frankfurter sandwich is typically topped with any of a variety of condiments including mustard, ketchup, pickle relish, cheese, onions, tomatoes, sauerkraut, and chili however, ketchup is the most often used condiment when topping a frankfurter. Frankfurters topped with cheese are referred to as "cheese dogs" or with chili as a "chili dogs." When placed on a stick, dipped in a corn bread batter, and deep fried, the result is known as a "corn dog." The term "pigs in a blanket" may be used to refer to the hot dog wrapped in a bun. In addition to terminology, there are many different recipes that are developed for regional hot dogs tastes throughout the world. In the U.S. different recipes have been developed for hot dogs that make this sausage a distinct creation in Chicago, Cincinnati, Kansas City, New York, West Virginia, North Carolina, the Pacific Northwest, Southwest, and Detroit. Similarly, countries in Europe, Asia, and South America also have their regional versions of recipes for hot dogs that may include a type of topping, a flavored addition such as bacon wrapped around the hot dog, or different combinations of meat. 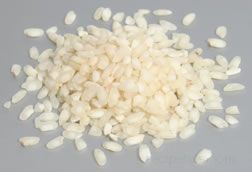 introduction to cooking rice with hot liquid
Follow Us!