back to Scottish Oats 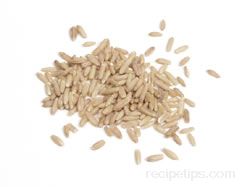 A cereal plant that thrives in temperate climates, preferring cool, moist conditions and growing in areas where other important grains, such as wheat and corn, do not grow well. In the Untied States, the northern tier of states provides a majority of the oat crop in the country. Winter oats and summer oats are the two main classifications into which the hundreds of varieties are grouped. The color of the different varieties ranges from light beige or yellow grains to reddish-gray and black. When oat grains are processed, the outer hull is removed, but the nutritious bran and germ are kept. Nearly nine-tenths of the oat crop in the United States is used for animal feed. The remainder is processed with a number of methods including steaming, rolling, cutting, and grinding to produce products for human consumption, such as oat bran, oat flakes, oatmeal, and oat flour.

When oatmeal is used as a hot breakfast cereal, it is often cooked in liquid on the stovetop or in a microwave oven. Many forms of oats, such as whole-grain oats, old-fashioned oats, and oatmeal, are also used in a variety of baked dishes, especially breads, desserts, stuffing, and as a food extender for numerous meat dishes, such as meatloaf. When storing the different forms of oats, use sealed containers of plastic or glass and store in a cool, dry, dark cabinet. The high level of antioxidants in oats helps to prevent spoilage, so oats will keep for very long periods if properly stored.

Oats are one of the most nutritious grains and are considered to be a good source of the soluble fiber betaglucan, which helps to decrease cholesterol in the blood. Other important nutrients found in oats are B vitamins, vitamin E, copper, iron, zinc, magnesium, phosphorous, calcium, and thiamin. 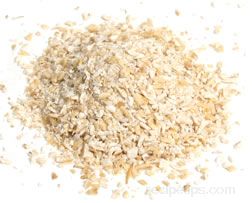 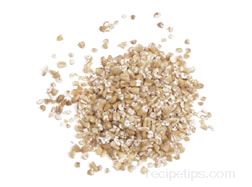 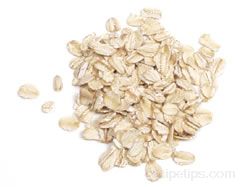 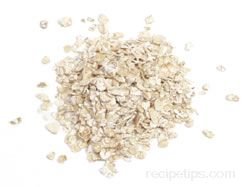