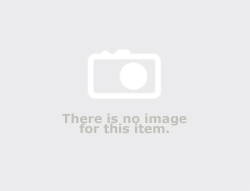 A sugar syrup that is made into a pliable form to be used as a flavored candy or as an icing that is flattened into a sheet form to be laid over a cake. There are several common types of fondant that are made. The European fondant is typically created by boiling sugar, water and glucose together, pouring the finished mixture onto a hard stone surface and letting it cool to a temperature in the range of 110 degrees. As it cools, the mixture is folded repeatedly for a half hour or more, during which time it will turn white in color and become creamy smooth in texture. An inexperienced person not familar with working on hot mixtures and ingredients for Fondant should use extreme caution so that they are not burned by the mixture if making European Fondant.

Fondant may also be made as rolled Fondant, a sugar paste popular in many countries. A very fine sugar, such as cane sugar is commonly used for making Fondant. Often referred to as icing sugar, confectioner's sugar, or Fondant and icing sugar, this type of sugar has been ground and pulverized over 100 times more than powdered sugar, so it becomes exceptionally fine in texture. The finely powdered form results in icings and Fondants that are much smoother in consistency and glossier in appearance.

Icing sugar and water are heated before adding gum arabic, gelatin, liquid glucose, an egg white, vegetable shortening, and a flavoring, such as vanilla or chocolate. The ingredients are added together and beaten until turning white and becoming pliable. The Fondant is then refrigerated in an air tight container to remain for 12 hours before being used. Fondant is also available as a packaged ready-to-use food that can be easily and quickly made into a candy or dessert frosting.