Print
A countertop or stovetop grill that is used to make the traditional panini, a small Italian sandwich. Also referred to as a Panini Maker, Panini Press, or a Grill Press, the Panini Grill contains top and bottom ridged heat plates that press and grill the bread in one operation. This feature produces a golden, crispy crust on both sides of the sandwich without requiring the sandwich be flipped to grill the other side. Typically, the sandwich is filled with a variety of ingredients such as meats, cheeses, roasted bell peppers, roasted egg plant, sweet basil, sun-dried tomatoes, and other similar sandwich fillings. As the weight of the grill presses against the sandwich top and bottom, the inside fillings and the crust are compressed as is the crust into a compact sandwich.

Made from materials such as cast aluminum or cast iron, Panini Grills are manufactured with round, square or rectangular grill plates of varying weights. Lighter weight models are typically not as effective as the heavier grills which serve to provide more compression weight as the sandwich bakes in the grill. There are a variety of grills available from free standing electric models to stovetop grill pans that will effectively make a sandwich with the distinctive grill marks. The electric Panini Grills may be manufactured with separate grill plates that can be removed for ease of cleaning or are not only removable but also can be replaced with flat surfaced grill plates so the grill is adaptable to grilling many different foods. Most of the electric Panini Grills have top covers attached to "floating" or adjustable hinges that allow the cover to be raised up an inch or so to accommodate thicker sandwiches as they grill. Other features on the electric grills include non-stick surfaces, adjustable temperature controls, LED readouts on controls, grilling timers, and external fat collectors that catch any fat that drains from the grilled foods. The most common sizes for the grill surfaces are approximately 14 inches in length and 10 inches in depth.

Stovetop Panini Grill pans offer a wide variety of designs from which to choose. Single burner round or square pans are readily available as well as double burner rectangular pans for a wider cooking surface. Since the pans can be used for a variety of other cooking tasks, there are many types that can be considered. Some pans are sold with a heavy metal, grooved press (grill plate) to be placed on top of the sandwich as it grills, holding it in place to grill one side before flipping it over to grill the other.

Since grill pans may be difficult to clean between the ridges, it is suggested that a grill sponge or scrubber be used which is formed with similar patterns to the ridges in the pan so that it fits between and easily cleans the spaced indentations of the pan. In addition to the panini sandwiches, the Panini Grill is also used to grill buns, fish, steaks, eggs, pancakes, bacon, chops, quesadillas, vegetables, fruits, and poultry, to name only a few foods enabling it to serve as a versatile kitchen appliance. 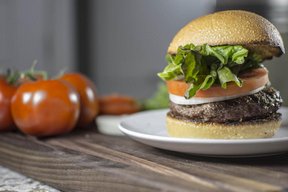 ham glaze for the grill